An Inheritance of an Unusual Kind


Book Details How to Order Reviews 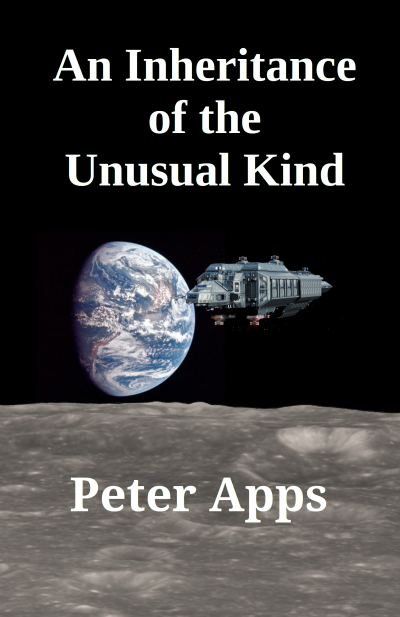 Most teenagers would be content to own a car when they're seventeen but Steve gets something more. He also finds his calm ordered world of a college student living at home thrown into turmoil.

Who is stalking him? Why are his parents so intent on him marrying a girl he detests? Why is Mr. Abercromby, a billionaire with strange passions, so interested in him?

Join Steve as he battles his enemies on Earth and prepares for the adventure of a lifetime.

Inheritance offers many familiar aspects of space travel and science fiction like beaming between craft and Earth—but author Peter Apps introduces unique and dynamic concepts to the often-explored tropes as well. Without giving away any spoilers, let’s just say that the ship’s connection with its owners adds a fascinating twist to an already satisfying set-up.

Unfortunately, there are aspects of the book that let down my overall reading experience too. In particular, the pace and characterization don’t quite work for me. Much of the book is spent learning the spacecraft and reiterating the problems Steve is having at home. While this is not a problem in and of itself, after a while, it becomes repetitive for the reader. Then, around three-quarters of the way into the book, plot points accelerate rapidly and sometimes do so without noticeable motivation.

This book starts off strong. There is a premise well worth exploring, and the writing puts us in a position where we can look forward to what’s coming. And while I hope the flaws will be addressed in any following books, this novel has clear series potential and could give sci-fi fans something dynamic to get excited about.